EuroGOOS has signed today a memorandum of understanding (MoU) with Mercator Ocean International. Mercator Ocean International is a non-profit organization dedicated to global ocean monitoring and forecasting and member of the EuroGOOS Association. With this MoU, the parties agree to enhance cooperation in the promotion of ocean observations and the development of the European Ocean Observing System (EOOS) Framework. This will include collaboration on in situ data assembly and processing in the framework of the Copernicus Marine In Situ Thematic Assembly Center (INSTAC) and the European Marine Observations and Data Network (EMODnet), on ocean monitoring and forecasting and, and strengthening links with national operational oceanographic services.

Henning Wehde, EuroGOOS Chair, said: “We are delighted to deepen the trustful collaboration with Mercator Ocean International and with that boosting the development of the Global and European ocean observing and operational oceanography systems. This includes as well the coastal regions as the bio/biogeochemical part of the marine environment. The MoU will intensify cooperation, make us stronger in sharing and utilizing the EuroGOOS member efforts, advancing data provision, filling needs, and bringing in general the operational Oceanography up to another level.”

Pierre Bahurel, Director General of Mercator Ocean International, said: “It is a great pleasure to announce the re-signing of a MoU with EuroGOOS, which has been a strong partner in the evolution of Mercator Ocean International. We look forward to continuing this journey with them, notably with important initiatives such as the consolidation of the European in situ observation system, organising a link with the Copernicus Marine Service and EU Member State national coastal systems, the development of the European Digital Twin of the Ocean, as well as the deployment of the UN Decade Collaborative Centre for Ocean Prediction.”

Mercator Ocean International is the implementing authority of Europe’s flagship Copernicus Marine Environmental Monitoring Service (CMEMS). EuroGOOS and its Regional Operational Oceanographic Systems (ROOS) have been instrumental in developing the Copernicus Marine Service Thematic Assembly Centres in all European regions. The new MoU will strengthen our joint work on increasing support for the Copernicus Marine Service as well as the uptake and improvement of its downstream services. Joint activities will be planned in building the European Digital Twin of the Ocean (DTO) and the Decade Collaborative Center on Ocean Prediction of the UN Decade of Ocean Science for Sustainable Development 2021-2030.

On the occasion of the signing ceremony, the EuroGOOS Kostas Nittis Medal to early career scientist was awarded. The medal comes with a grant and is awarded annually to an outstanding early career researcher in the broad field of ocean observing and operational oceanography. This year’s medal goes to Dr. Babette C. Tchonang who is working at the NASA’s Jet Propulsion Laboratory after completing her PhD in Europe.

Dr. Babette Tchonang shared: “As an African woman who has struggled a lot to be where I am today, this medal means a lot to me, it gives me hope and more courage. The Kostas Nittis Award will allow me to participate and be involved in projects to promote oceanography in Africa such as COESSING and expand my professional network.” 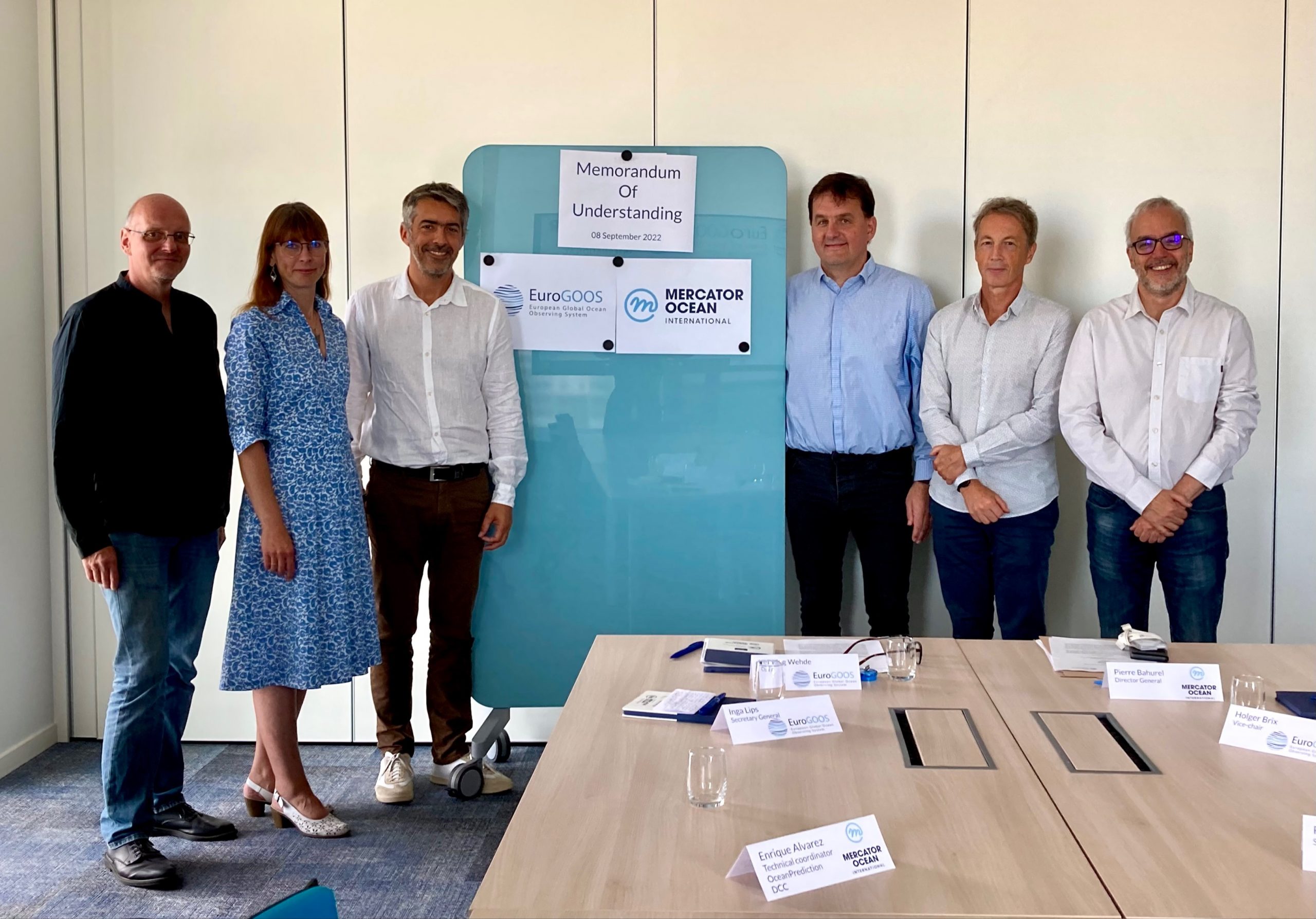 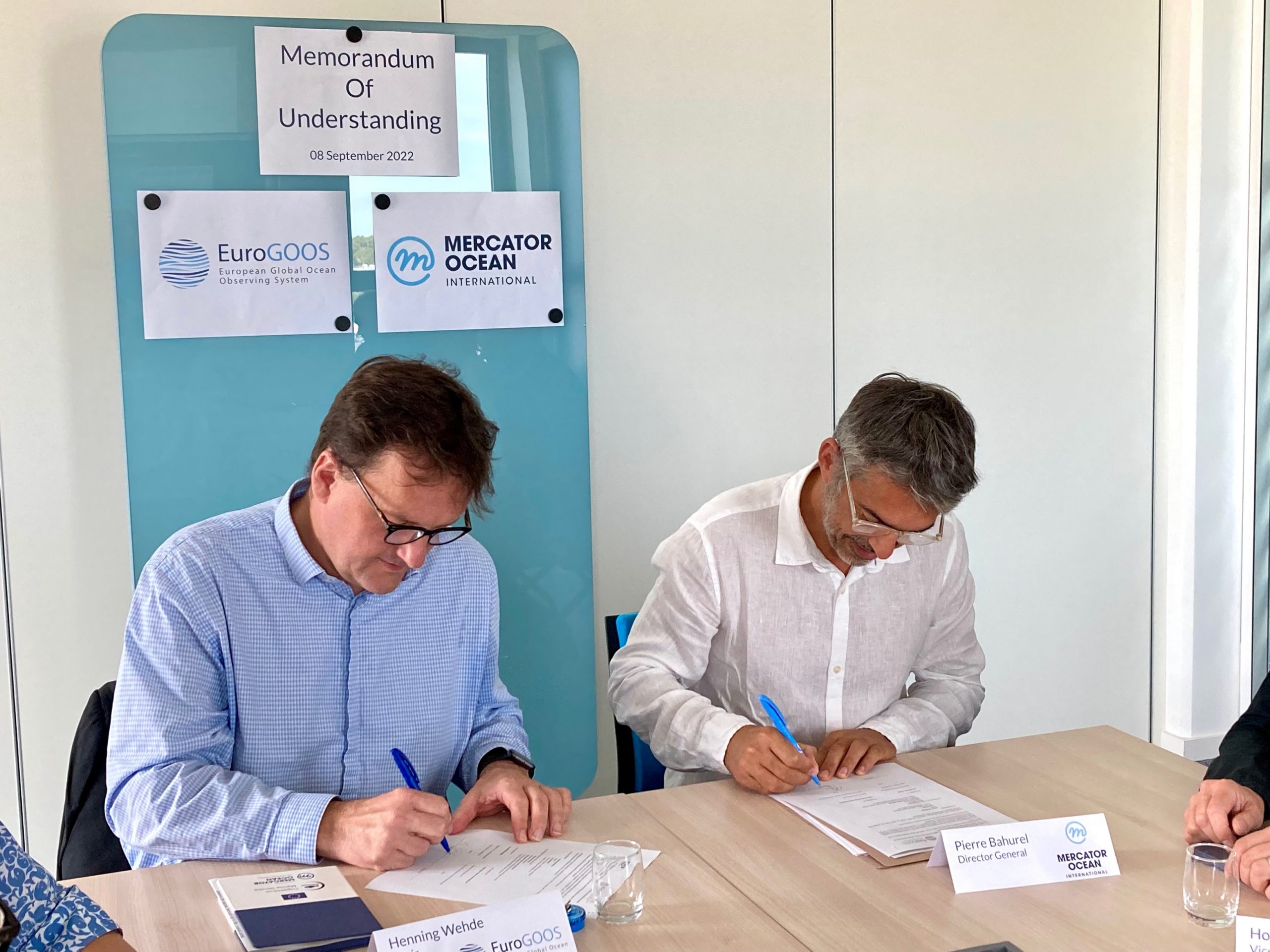 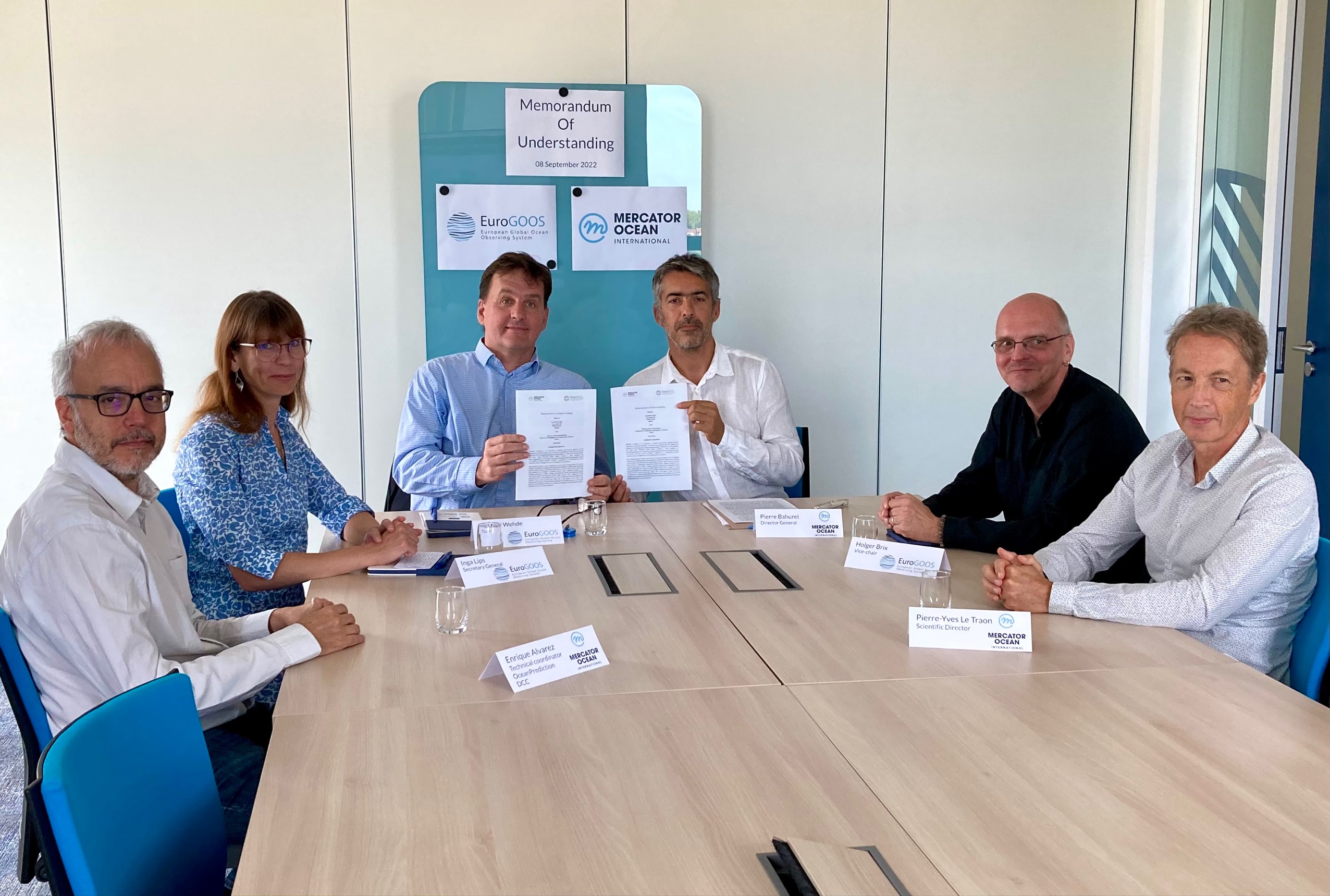